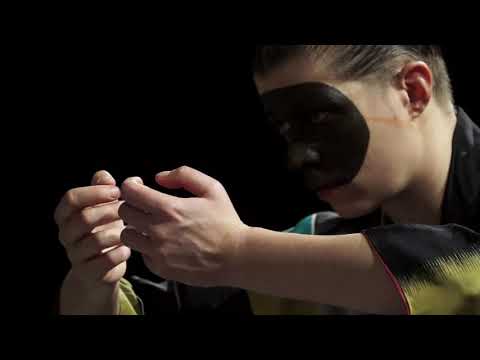 A central place in her work is granted to the world's oldest profession : the prostitute. This is also the case for Les Antécédentes, the third production of her company Lovalot. The last few years Gaïotti immersed herself in the nightlife of Zürich. She was especially struck by the Langstrasse where prostitutes and transsexuals from Latin-America and Asia live together, and where partying and sex work go hand in hand. There Gaïotti saw how shady relationships were settled with money but she also discovered great joy in spite of the roughness. Afterwards she went in search of the boundaries of her own intimate life.

Les Antécédentes shows the metamorphosis of a human being in search of sexual energy. On stage, Gaïotti throws her own body into the battle. With dance, text and self-made costumes she creates an exciting total spectacle for which she drew inspiration from the Japanese No theatre and the figure of the clown. Vierge Noir e completes the picture with a raw, ecstatic soundtrack.

Despite the cancellation of NEXT festival 2020, we continue to support the planned artists and creations. The five co-organising partners therefore created the 'NEXT TIME' label, under which performances are programmed that should have taken place during NEXT 2020.